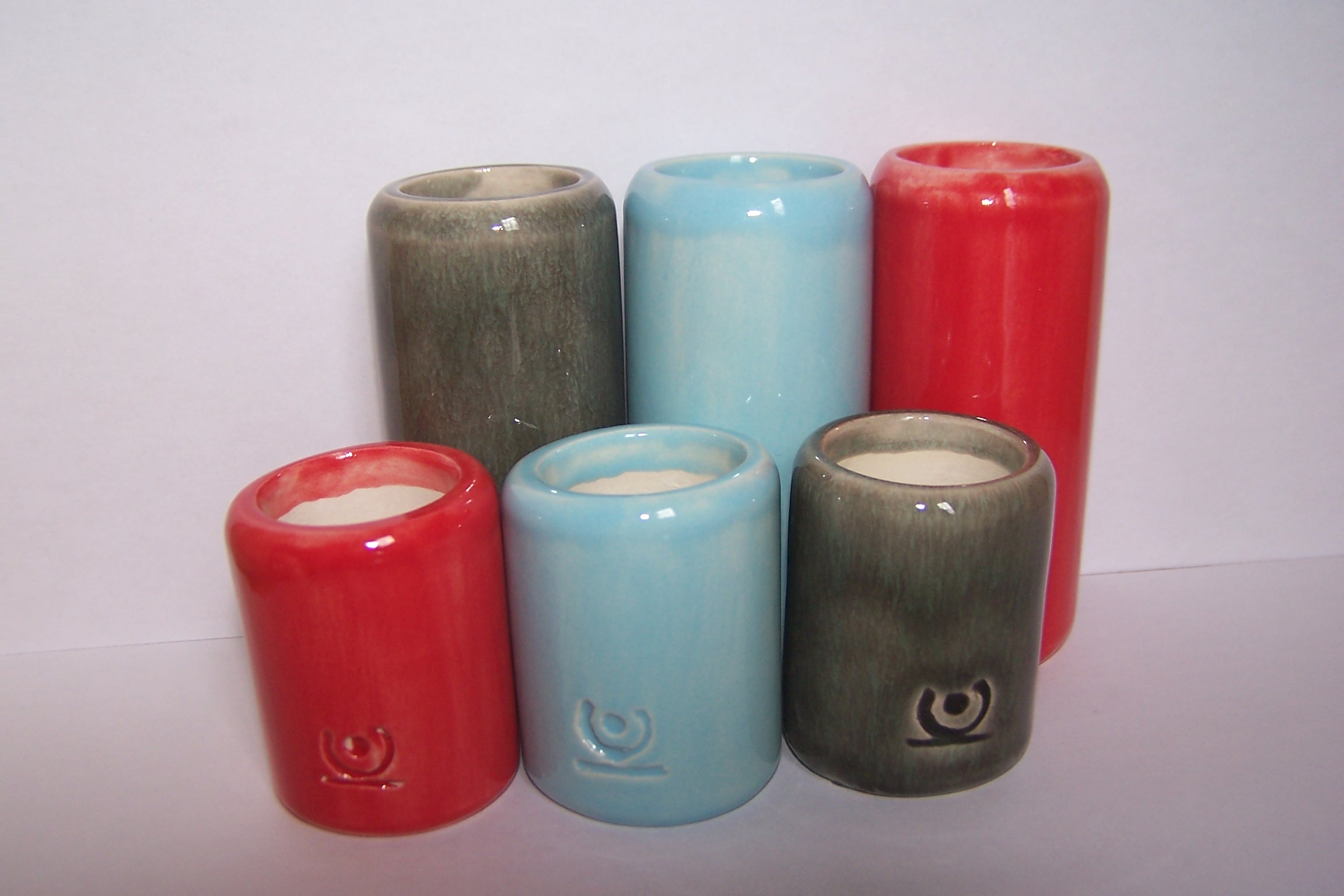 A Claytake® (a tube made from heat resistant clay) is influenced by an Ontake, originally made of bamboo.

British acupuncturist, Oran kivity was introduced to a new moxibustion tool by Hiroshi Enomoto from Sankei acupuncture suppliers in Tokyo in 2010. Really enthousiastic about this tool, Oran adapted the bamboo tool to Meridian Therapy and called it Ontake, inspired by the work of two people: the Japanese medical doctor and acupuncturist Dr Yoshio Manaka (1911–1989) and British acupuncturist, author, and trainer, Stephen Birch. The story then begins to spread to the West.

I really love the Ontake and its versality : the soothing and efficient effects when a patient receives a bamboo treatment and even the feeling I have while giving a treatment.

Ontake made of bamboo is great, but I needed a sterilizable and washable tool. So, ceramic came into my mind. Thus, the ceramic tubes have now a name : Claytake® .

Finally, Claytake® are :
– Durable, long lifespan – Resistant
– Sterilizable – Washable
– Even heat, better hold and spread heat
– Less smoky smell due to bamboo charring from the inside

Design of Claytake is patented and they are 100% handmade and designed in France.